Iran Is More Than Just a Country, It Is One of the Great Aryan World Civilizations

Iran is far more than the nation-state that foreigners once widely referred to as Persia. Iran is an immortal idea.

A few countries are more than mere nations. They have been translated from the earthly plane into the spectral geography of ideas. As “Rome” is irreducible to Italy, and the modern state of Israel is only a reemergence of “Zion” into the mundane world, “Iran” is far more than the nation-state that foreigners once widely referred to as Persia. Iran is an immortal idea – a terrible thought in the mind of the gods (devâs, divs). Iran is destined to reemerge as the Leviathan from amongst all of Earth's great nations.

Until 1935, Iran was referred to internationally as “Persia” (or La Perse), and the Iranian people were broadly identified as “Persians.” This was the case despite the fact that Persians always referred to themselves as Iranians (Irâni) and used the term Irânshahr (Old Persian Aryâna Khashatra) or “Aryan Imperium” in order to designate what Westerners call the “Persian Empire.” 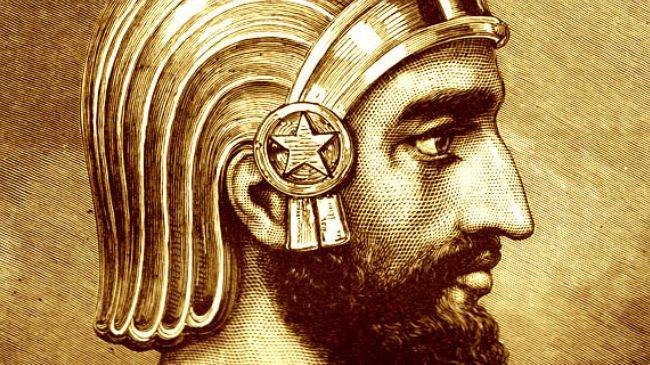 The adjective Persian (Pârsi) has only been used by Iranians to describe the national language of Iran, which has been spoken, and especially written, by all Iranians regardless of whether it is their mother tongue. The Persian heritage is at the core of Iranian Civilization.

Civilizations are not as narrow as particular cultures in their ideological orientation. Even cultures evolve and are not defined by a single worldview in the way that a political party has a definite ideology. The inner dialectic that drives the historical evolution of Iranian Civilization is based on a tension between rival worldviews. This is comparable to the numerous worldview clashes that have shaped and reshaped Western Civilization, and is more dynamic than the creative tension between the worldviews of Confucianism, Taoism, Buddhism, and Communism and the cultural characters of the Han, the Manchurians, Mongols, and Tibetans in the history of Chinese Civilization.

The phrase “Iranian Civilization”, has long been in use by academics in the field of Iranology or Iranian Studies. That there is an entire scholarly field of Iranology attests to the world-historical importance of Iran. However, in the public sphere, and even among other academics, Iran has rarely been recognized as a distinct civilization alongside the other major civilizations of world history. Rather, Iran has for the most part been mistakenly amalgamated into the false construct of “Islamic Civilization.”

We have entered the era of a clash of civilizations rather than a conflict between nation states. Consequently, the recognition of Iran as a distinct civilization, one that far predates the advent of Islam and is now evolving beyond the Islamic religion, would be of decisive significance for the post-national outcome of a Third World War.

Iran is a civilization that includes a number of different cultures and languages that hang together around a core defined by the Persian language and imperial heritage. Besides the Persian heartland, Iranian Civilization encompasses Kurdistan (including the parts of it in the artificial states of Turkey and Iraq), the Caucasus (especially northern Azerbaijan and Ossetia), Greater Tajikistan (including northern Afghanistan and Eastern Uzbekistan), the Pashtun territories (in the failed state of Afghanistan), and Baluchistan (including the parts of it inside the artificial state of Pakistan).

As we shall see, Iranian Civilization deeply impacted Western Civilization, with which it shares common Indo-European roots. There are still a few countries in Europe that are so fundamentally defined by the legacy of the Iranian Alans, Sarmatians, or Scythians that they really belong within the scope of Iranian, rather than European or Western Civilization. These are Ukraine, Bulgaria, Croatia, and, should it ever secede from Spain, Catalonia. The belonging of these European, Caucasian, Middle Eastern, Central Asian, and South Asian ethnicities and territories to an Iranian civilizational sphere is, by analogy, comparable to how Spain, France, Britain, Germany, and Italy are all a part of Western Civilization.

An even closer analogy would be to China, which is also a civilization rather than simply a nation. China, considered as a civilization, includes many cultures and languages other than that of the dominant Han Chinese. For example, the Manchurians, Mongolians, and Tibetans. What is interesting about China, in this regard, is that its current political administration encompasses almost its entire civilizational sphere – with the one exception of Taiwan (and perhaps Singapore). In other words, as it stands, Chinese Civilization has nearly attained maximal political unity.

Western Civilization also has a high degree of political unity, albeit not at the level of China. The Western world is bound together by supranational economic and military treaties such as the European Union (EU) and the North Atlantic Treaty Organization (NATO). By contrast, Iranian Civilization is currently near the minimal level of political unity that it has had throughout a history that spans at least 3,000 years.

The narod of a civilization can change. If Western Civilization were to prove capable of salvaging itself and reasserting its global dominance in the form of a planetary American Empire, this would no doubt involve a shift to the English language and the Anglo-Saxon ethnicity as the Western narod. The lack of a clear narod in Western Civilization at present is symptomatic of its decline and dissolution following the intra-civilizational war that prevented Greater Germany from becoming the ethno-linguistic core of the entire West. A very strong argument could be made that Germany and the German language were long destined to succeed Italy in this role, which Italy still plays to some extent through the Vatican's patronage of Latin and the Roman Catholic faith.

The alliance of Hitler with Mussolini could have prepared for such a transition. If, for whatever reason, Latin America were to one day become the refuge of Europeans and even Anglo-Saxons fleeing Europe and North America, there would be a very good chance that the Spaniard ethnicity and the Spanish language would become the narod of Western Civilization following this transformative crisis.

In the three thousand years of Iranian Civilization, the narod of the civilization has shifted only once. For the first five hundred years of discernable Iranian history, the Median ethno-linguistic consciousness was at the core of Iran's identity as a civilization that included other non-Median Iranian cultures, such as the Scythians. Actually, for most of this period, the Medes were embattled by the Assyrians and other more entrenched non-Iranian (i.e. non Aryan) cultures, such as the Elamites. It is only for a brief period (on the Iranian scale of history, not the American one) that the Medes established a strong kingdom that included other Iranian cultures and could consequently be considered a standard bearer of an Iranian Civilization rather than a mere culture.

This lasted for maybe a couple of hundred years before the revolt of Cyrus the Great in the 6th century BC saw the Persians displace the Medes and expand the boundaries of Iranian Civilization into the borders of the first true empire in history, one that included and integrated many non-Iranian kingdoms, and encompassed almost the entire known world.

For more than a thousand years after Cyrus, and despite the severe disruption of the Alexandrian conquest and colonization of Iran, we saw a succession of the three empires of the Achaemenids, the Parthians, and the Sassanians. The Achaemenid language was Old Persian, while the Parthians and Sassanians spoke and wrote Middle Persian (Pahlavi). These languages are direct ancestors of Pârsi (or Dari), the New Persian language that, in its rudiments, arose at the time of Ferdowsi (10th century AD) and has remained remarkably stable until the present day.

For more than 2,500 years, the Persian ethnicity and language have defined the core identity of Iranian Civilization. That was not lost on all of the various Europeans who dealt with Iran as an imperial rival from the days of the classical Greeks, to the pagan Romans, to the Byzantines, the British, the French, and the Russians.

All of them, without exception, always referred to all of Iran and its entire civilizational sphere as “Persia” or the “Persian Empire.” Friedrich Nietzsche wished that the Persians would have successfully conquered the Greeks because he believed that they could have gone on to become better guardians of Europe than the Romans proved to be. Nietzsche claimed that “only the Persians have a philosophy of history.” He recognized that historical consciousness, of the Hegelian type, begins with Zarathustra's future-oriented evolutionary concept of successive historical epochs leading up to an unprecedented end of history.

The will to ensure that the Persian Gulf does not become Arabian, that Persian is not disestablished as the official language of Iran, and, in short, that Iranian Civilization does not disappear, is based on more than just patriotic sentimentality, let alone nationalistic chauvinism. Iran is certainly a civilization among only a handful of other living civilizations on Earth, rather than a lone state with its own isolated culture, like Japan, but Iran is even more than that. As we enter the era of the clash of civilizations, Iran's historic role as the crossroads of all of the other major civilizations cannot be overstated.

In his groundbreaking book The Clash of Civilizations and the Remaking of World Order, the Harvard political scientist Samuel Huntington argues for a new world order based on a détente of great civilizations rather than perpetual conflict amongst nation-states. In effect, Huntington envisages the end of the Bretton Woods International System put in place from 1945–1948 after the Second World War. He advocates for its replacement with a geopolitical paradigm that would be defined by the major world-historical countries. These are the countries that can each be considered the “core state” of a civilization encompassing many peripheral vassal or client states.

The core state of any given civilization can change over the course of history. For example, Italy was the core state of Western Civilization for many centuries, and as the seat of the Roman Catholic Church it still has significant cultural influence over the West – especially in Latin America.

Currently, however, the United States of America plays the role of the Western civilizational core state, with the North Atlantic Treaty Organization (NATO) effectively functioning as the superstructure of an American Empire coextensive with the West, with the exception of Latin America, where the United States has been economically and diplomatically dominant at least since the declaration of the Monroe Doctrine.